This past weekend, Elpromotions London models and talent made a rather bold appearance at the Brighton Gay Pride Festival in Preston Park. Actors, models and football talent represented Paddy Power, an official sponsor of the festival, in support of Gay Professional Football players.

The campaign launched the first Official Bus of Professional Gay Players. A colourful float, full of confetti and rainbows, ran through the streets of Brighton during the parade! What was the catch? Well, the bus was completely empty. This was to showcase that zero progress has been made when it comes to LGBTQ in the world of football and footballers coming out to the public. 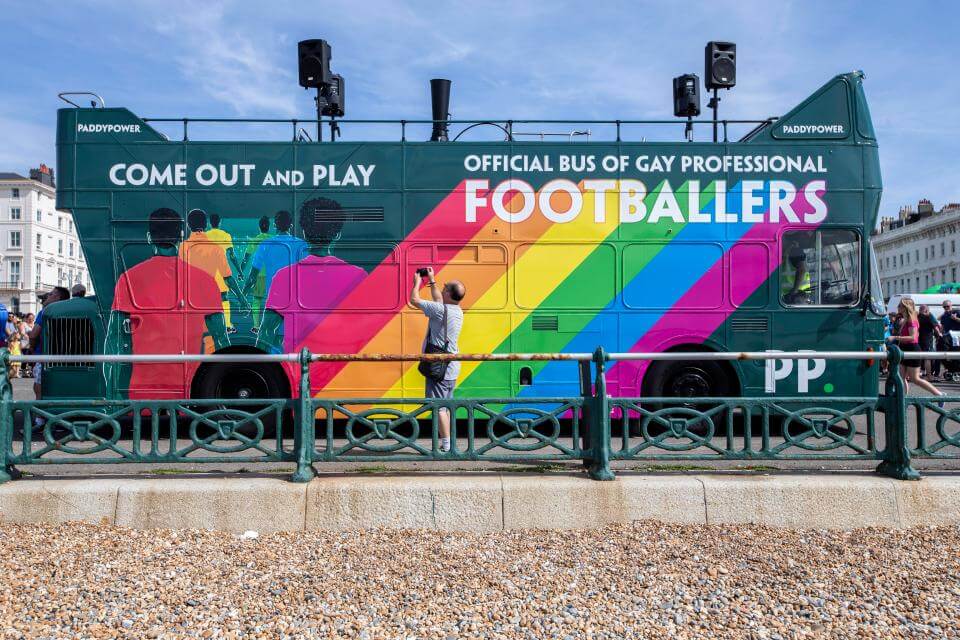 Paddy Power wanted to show professional footballers in the Premier League who may be gay, that the fans are ready; that they have our support and that of millions of others in the UK and abroad. As a result, this campaign brought a lot of attention to the float ad the reason behind it.

Our promotional models took on the following roles at the Brighton Gay Pride Festival. 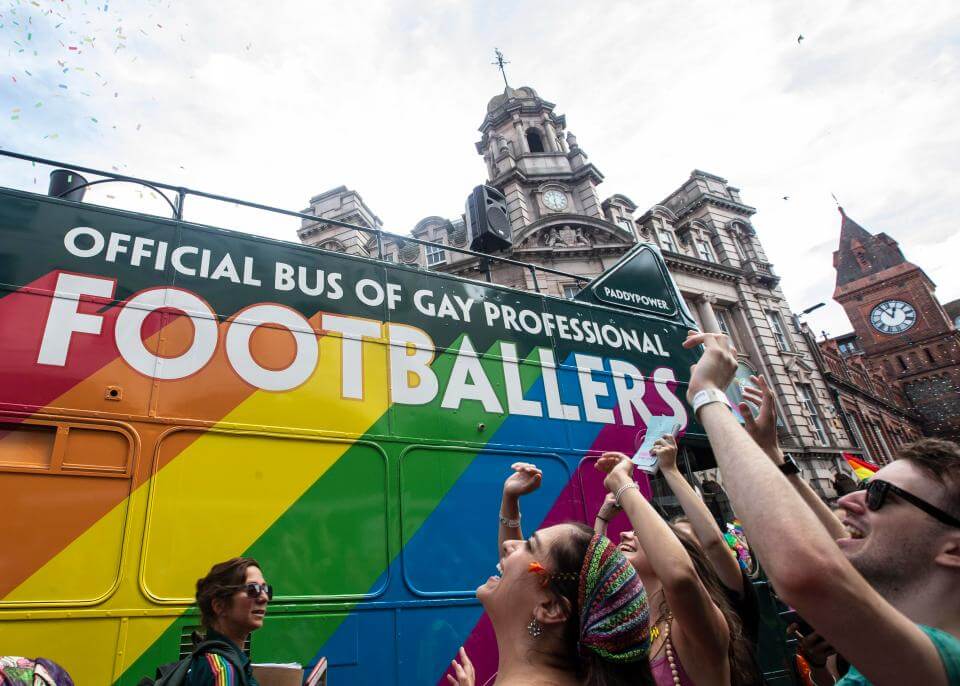 London promotional staff walked through Preston Park dressed in Paddy Powder branded Pride Pants and green angel wings. Male promo guys were cheering on festival-goers on whilst firing Paddy Power Pants into the air with a hand-held air cannon. Our promotional staff embraced the full pride spirit and covered themselves in glitter and rainbow tattoos. 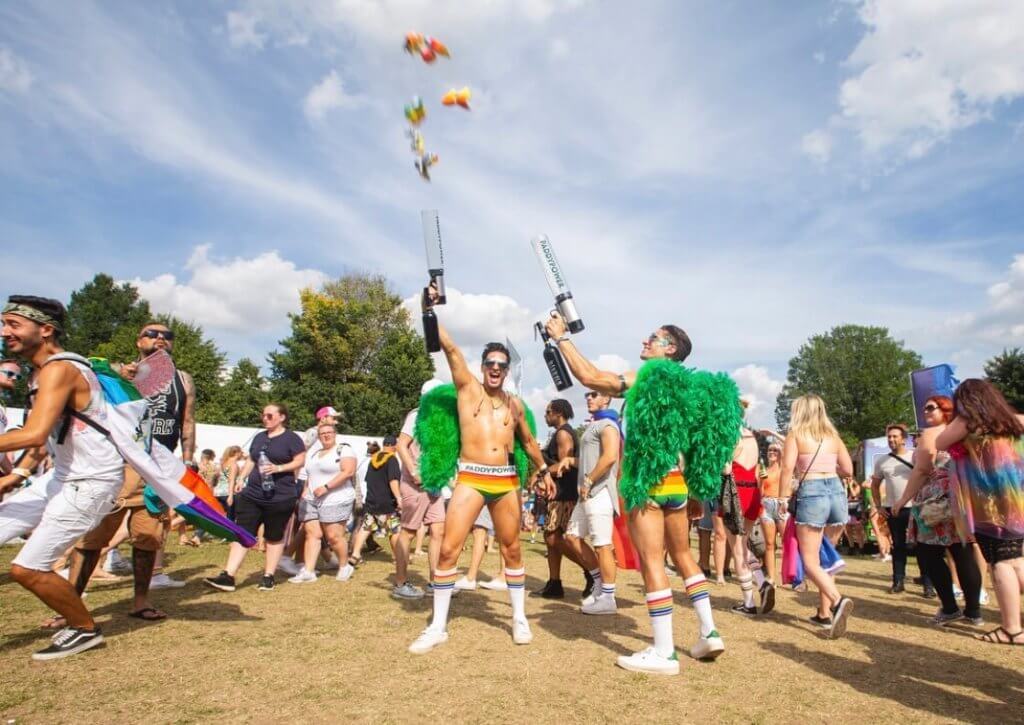 A Paddy Power market stall was setup in Preston Park where one of our promotional models distributed Paddy Power branded merchandise. The merch included flyers, temporary tattoos, stickers, and a whistle all handed out in a cute little tote bag. The male model was dressed in a Paddy Power branded referee jersey while he interacted with the festival goers.

Along with the referee, Elpromotions Agency provided a professional footballer at the Paddy Power market stall doing football tricks and interacting with the festival goers. The model dressed in a Paddy Power branded football outfit.

Elpromotions Agency London models and promo guys did amazing embracing the job and looked great doing it. Who is excited for next year?

London Promotional Staffing agencies work closely with the clients to achieve their event goals. Why not engage Elpromotions to assist with your next sponsorship activation?